Nothing to write home about

by Flies on you 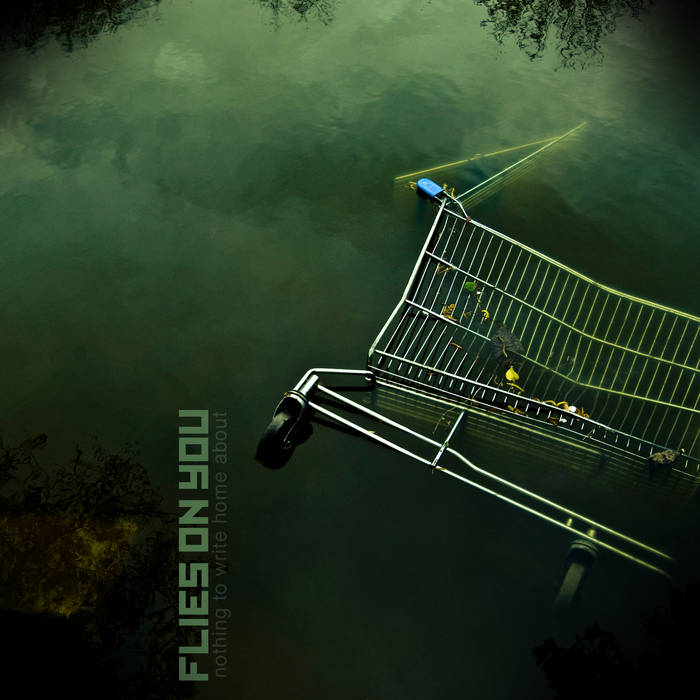 Riley ELF As much as I love their songs for jumping around to, it's their diversions that show their breadth, and this is an oddball. Teen angst for people with teens and a history. Favorite track: Dub cities.

Gavin Hellyer This LP is an absolute killer and just won't let go of your throat at any time during it's 42 minutes. Favorite track: The sink.

“I think “punk” is an overused word”, said Adam Ant, in the midst of “B-Side Baby”, chastising his girlfriend’s preference for the wilfully obscure. He may have been right. Flies On You overuse it a lot.
Doug and Andy, who together comprise Flies On You, decided to form a band in mid-2011. They planned a punk rock combo: crude, demented songs, nothing over two minutes long. Pug Ugly. (This name was discarded. “Too close for comfort”, mused Doug, brushing a tear from his eye. You can understand their reluctance to appear in band photos.)
It soon became apparent that their common ground goes far beyond The Distillers, No Means No and an agreement that Jean Jacques Burnel’s bass sound is just “the best”… Yugoslav indie, Belgian synth-punk, 60s chanteuses, Big Youth; here they found improbable plunder for their musical endeavours, but also discovered those shared peccadilloes that help to make a marriage work. Doug’s joy at finding Sweden’s answer to Thrilled Skinny is matched by Andy’s enthusiasm for discovering a Japanese Man Or Astroman? Flies On You are the “b-side babies” of whom Adam wisely spoke. They merely tolerate the anaemic epithet “DIY post-punk” as a descriptor of their oeuvre. Needs must, etc.

All songs written, performed and produced by
Andrew Watkins and Doug Aikman

Knight Berman Jr aka The Marble Tea, for a singularly inspiring performance on 'Yeah Wild I know but nonetheless'

Tilly and Cobi for girly vocals on Dub Cities

Grebo Gray for permission to use his excellent photos

Our lucky stars, for being not as bright as we like to think we are
Radhika Takru, for a fragment of a lyric, some helpful advice.

Flies on you West Yorkshire, UK

Bandcamp Daily  your guide to the world of Bandcamp

Featuring Oakland sounds from the Smart Bomb collective and Samplelov.